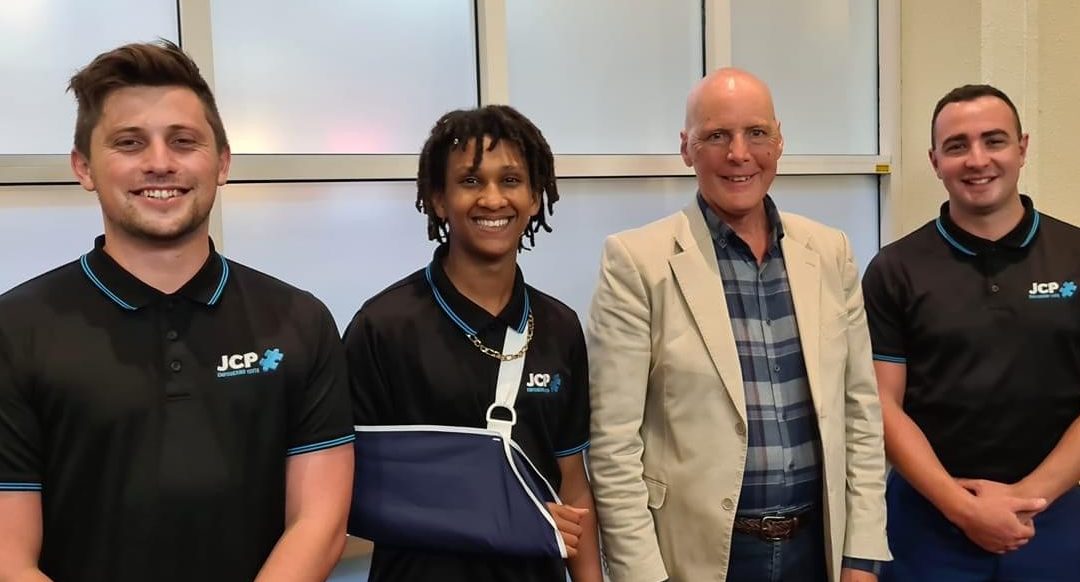 Last week’s guest speaker was Will Smith, Young Tasmanian of the year 2020a and CEO of the JCP Empowering Youth organisation. He has just resigned from the Tasmanian Police Force, having been a member of the Special Operations Group.
The organisation gets its name—JCP from John (Cobbler) Pounds, an English philanthropist from Portsmouth, who in the 1700s provided free education for children who couldn’t afford to go to school. The organisation targets at-risk and vulnerable youth, many of whom are male youngoffenders. The organisation runs, under the ’Beast’ banner, camps, outdoor activities, leadership and mentoring programs with the aim of helping young people who have found themselves in trouble with the law to turn their lives around and discover and apply their leadership skills for the benefit of others.
Will said he has changed the focus of his programs in more recent times. He said initially he ran many camps and programs for young people, for which he received many accolades. However, when he investigated the lasting effect of his work, he found that while some had turned their lives around, many had reverted to their former behaviours. He now concentrates on facilitating lasting long term outcomes. He said his ‘Beast” pro- gams have no end date. Young people who complete the program are utilised in the organisation helping oth- er young people achieve what they have experienced. Will gave the example of ten recent graduates—former young offenders, who are now all attending school and who together have raised $50,000 to help their peers.
Josh Pritchard, Ohammed, President Harry & Will Smith.
Will brought with him 16 year old Ohammed, who he described as a former ‘Street Rat’ – a young offender, who is now his school captain and a nationally recognised youth leadership facilitator with an on-line following of over one million young people.
Will is now funding his organisation by running mentoring and leadership pro- grams in schools. Will is also an advocate for improvements in the justice system, which he says in many ways is not helping young offenders. Will’s organisation will be the beneficiary of our club’s upcoming Friendship Ball.