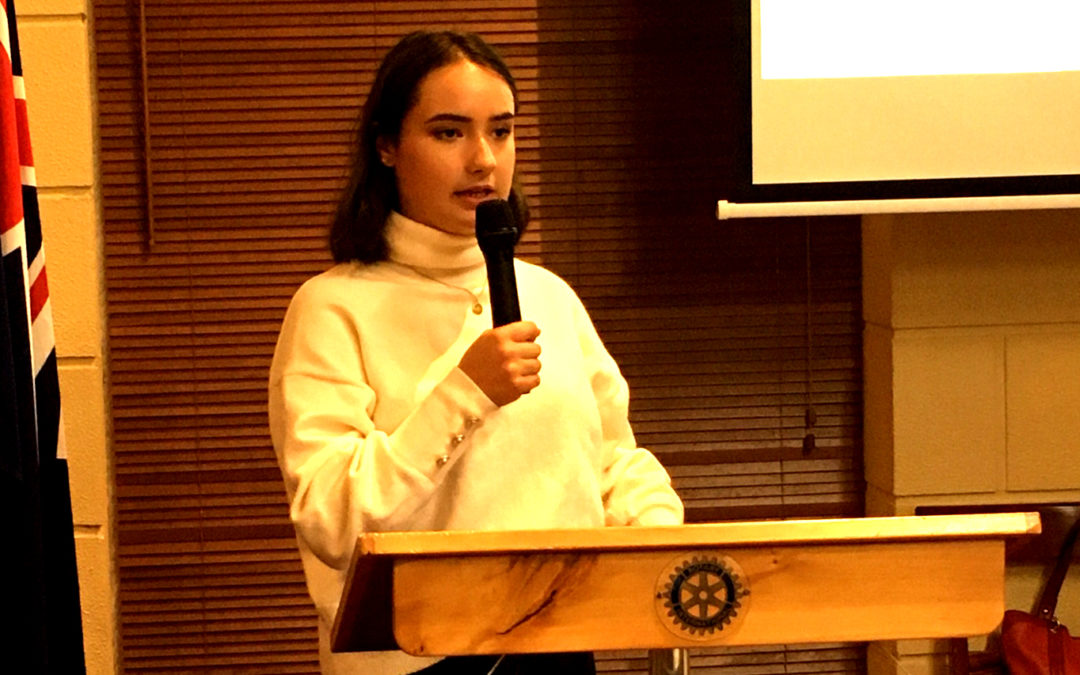 Last week’s guest speaker was our club sponsored exchange student for 2019, Lucy Rivers. Lucy went to France in January 2019 and returned in January this year. Lucy said she went to the town of Montreuil-sur-Mer in Northern France not far from Calais. The town has a population of 2,000 people. Lucy added that Montreuilsu-Mer was an old fortified town with many historic buildings, cobbled streets and ornate street lights. The town of Berck-sur-Mer is not far away on the coast. It has a population of 10,000 and Lucy spent her summer break there. She enjoyed the cheese  in that town. The major city of Lille was also not far away. It is a major industrial city near the Belgian border, with a population of 232,000. While in France, Lucy was able to visit Paris in the company of other Australian exchange students. She saw the Mona Lisa, but was unable to photograph it, due to the crowds around it. Lucy enjoyed visits to castles with moats and spectacular gardens and was also able to visit Venice while she was in Europe. She also was able to visit Disneyland in Paris. Lucy was impressed by the diversity  of the French landscape, particularly the southern mountains. Lucy said her exchange experience made her many new friends—fellow Australian exchange students and also students from other countries as well. Lucy’s exchange experience also included visits to London, Spain and a ski trip in the French Alps. Before returning to Australia, Lucy celebrated Christmas with a number of exchange students who had become her close friends. Lucy said that a new cohort of foreign exchange students arrived in France in July and she and those of her fellow exchange students  who had been there since January took on a mentoring role. Lucy concluded by saying that her exchange student experience was life-changing and she hopes to return to France some day. She thanked Rotary and our club for their support.