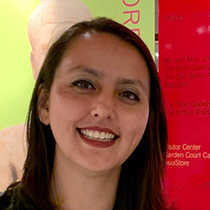 When I was six years old, my Japanese father and American mother took me to the Pearl Harbor National Memorial in Hawaii. When I saw the wreckage of the USS Arizona, I was shocked to learn that the two countries that I belonged to had once been at war with each other.

Later in 2001, I was a fourth-year film student at New York University when the 11 September terrorist attacks occured. While I was not in NYC at the time, the events of that day forever changed me. I made a commitment to myself to do whatever I could to use media to create a more just and peaceful world. This led me to pursue a Rotary Peace Fellowship at International Christian University, Tokyo, Japan, where I focused my thesis on the role media plays in peace building.

When I returned to Japan for the fellowship, 11 years had passed since I had left the country as a child. Now an adult and no longer protected by the bubble of the international school community, I had to confront my half-Japanese identity head on. Because of my mixed-race background, I was often treated as a foreigner despite having a Japanese passport. With every new encounter, I had to explain why I had a Japanese name and spoke Japanese without an accent. I was never accepted without being questioned

During my studies, I took a class on minorities in Japan. While the class focused mainly on the Ainu, Zainichi Koreans and burakumin, their experience of marginalization resonated deeply with me. It seems that human nature is quick to categorize and segregate people based on superficial differences leading to an “us versus them” mentality. I believe that something as simple as allowing one group access while denying another is one of the root causes of war.

My peace fellowship enhanced my understanding of the issues that contribute to peace. Through filmmaking I want to put a spotlight on commonalities and erase the invisible lines of separation that have been drawn.

Poster for the film Hafu.

After graduating from ICU, I paired up with filmmaker Lara Perez Takagi and spent three years documenting the experience of half-Japanese individuals, culminating in the film “Hafu”. The film tells the story of five half-Japanese individuals and their everyday experiences in Japan. For some of these individuals, Japan is the only home they know. For some, living in Japan is an entirely new experience, while others are caught somewhere between two different worlds. The film had a theatrical release in five major cities in Japan and was broadcast on public television in the United States. It has been shown and discussed in university classrooms across Japan.

Since 2014, I have been working as a producer and director for a documentary video production company called Blue Chalk Media in Brooklyn, New York. In 2015, I was the producer on the short documentary film, “Fall Seven Times, Get Up Eight: the Japanese War Brides” which was broadcast on BBC World News in August 2015. The film tells the story of three Japanese War Brides—women who married US soldiers during the US occupation of Japan and then moved to America to raise their families.

In February 2019, Time Magazine published my latest short film “Minidoka” which follows the experience of a young Japanese-American activist as he traces his family history of internment during World War II by visiting the Minidoka National Historic Site. This film was born out of my own desire to visit an interment site and connect the past with the current policies of the Trump administration. I am hoping the film will show the parallels with the past so we don’t repeat the same mistakes.

I am now producing a feature documentary on the first Japanese-American ballet dancer, Sono Osato. Born in 1919, she danced with the Ballet Russe de Monte-Carlo and the American Ballet Theater before being barred from touring during World War II due to her Japanese heritage. At the height of World War II, she played the leading love interest in the Broadway hit “On the Town.” I hope to complete the film in 2022.

I am thankful for my Rotary Peace Fellowship which heightened my understanding of peace. My dream is to continue to tell stories about Japan and the greater Japanese diaspora, in particular on issues related to peace and conflict, and in this way to foster conversations around what it takes to achieve a more just world.

Applications are now being accepted for the 2021-22 Rotary Peace Fellowship program. Learn more.