The Four-Way Test isn’t a tool to judge others 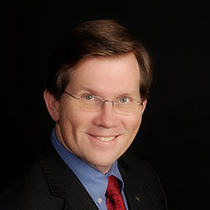 In our contentious society, I see friends who are members of Rotary use The Four-Way Test to support opposing political and social arguments and to criticize the thoughts, statements, and actions of others. I see members with completely opposing viewpoints use the same Four-Way Test to both support their argument and demean others. Rotarians and others are using all forms of social media to share their opinions about perceived violations of The Four-Way Test, causing others to pile on additional comments and insults, all with little thought to how this affects our public image.

Which leads me to this basic premise:

The Four-Way Test is a mirror, not a window

The argument I’ve heard Rotarians make is that if they determine some thought, statement, or action violates any part of the test, it is their duty to declare that thought, statement, or action wrong. I have heard The Four-Way Test used to support any number of topics, some which readers would find hard to support. Yet through the Internet, one can cobble together any sort of argument to back any thought or concept with a plethora of “facts.”

I do not believe that is what The Four-Way Test is about. I believe the test is more about how we treat each other than how we measure ideas.

Of course, it is a challenging standard. It’s difficult to keep from thinking something. But what is more important is how you act on that thought. If you think to yourself, “I don’t like this person,” it becomes a matter of what you do with that thought. You can try to dispel it as well as any urge to take some negative action to satisfy your dislike of the person. You can also decide whether you say something to that person or tell others what you think.

This is where social media distorts things, because society now seems to embrace negative, vitriolic, or fake comments – as long as the comments agree with our own views. Posting such comments even in the name of The Four-Way Test is certainly not FAIR to all concerned and definitely does not build GOODWILL and BETTER FRIENDSHIPS.

This brings me to the realization that using The Four-Way Test to argue political and social issues is in itself contrary to the test. We must never use the test to support a position while opposing or berating someone else’s position. We should not use The Four-Way Test to support or oppose contentious “hot button” issues, to comment on political discord, or to respond to another’s comment.

We need to teach The Four-Way Test to all of our friends. We don’t need to preach it. Rotary takes pride that it is a non-political, non-religious organization. That has allowed us to make inroads in parts of the world where governments and religious organizations can’t. Let’s not sully Rotary’s reputation by using these 24 words of ethical and moral thought to tear each other down.