Rotarian Behind the Badge – Gaylene Baker 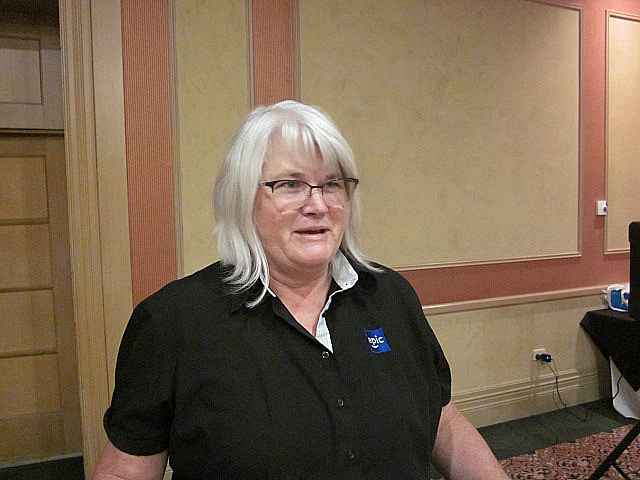 At our meeting last week, our newest member, Gaylene Baker shared her ‘Rotarian Behind the Badge’ story.
Gaylene was born at Ulverstone and lived there until she married, being a pupil at the local Primary and High Schools.
She worked at Ambrose’s store and then the Tascot Carpet factory at Devonport, where she was a Laboratory Attendant and then the coordinator of the Dye House at the factory.
She then moved to the West Coast, where she then began to work in the employment consulting industry.
She has now worked for the EPIC Employment Consultancy for the past five years, moving to Launceston in 2018. EPIC specializes in finding employment for intellectually handicapped people and people with other disabilities as well as those with general employment needs.
Gaylene said her philosophy is never to judge people—you have never walked in their shoes.
Gaylene lived for a time at Kindred on a potato farm.
She has two children, a daughter, who is a nurse and has represented Tasmania in basketball and softball. Her son, is currently studying for a Bachelor of Business degree in Burnie. He was an ex-change student to France in 2009.
Gaylene has had long links with Launceston, with both her grandparents living here, meaning that prior to come to live in Launceston, she was a frequent visitor to our city.